Larry, What Did You Do On Christmas Eve? ...Walk the Red Light District...

At first it might shock you but in context, it will bless you.

A small group from Power House Church joined about 80 people from other local churches to do street ministry on Christmas Eve. 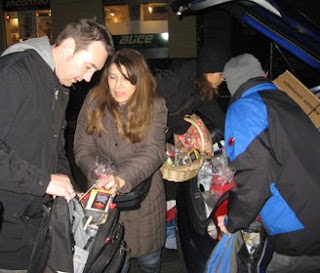 It was a clear, crisp, starlight filled night with the temperature around 35 degrees F (1-2 degrees C). The weather could not have been better. But cold is still cold.

As we walked the streets, we passed out small gifts, candy and evangelism tracks. The people we met were also invited to a Christmas Eve Service and Christmas Dinner at the inter-city church.

The men in the group, stayed on the streets and ministered to the homeless, the "Johns" and the "Pimps". The ladies on the team went into the brothels to minister to the "Ladies".

The Ladies Got Their Bibles
Our women's team reported an interesting experience in one of the brothels they visited. The team went in and started to 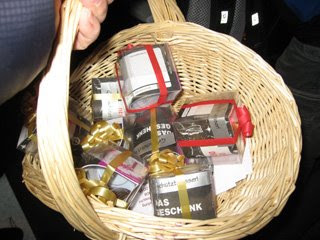 share the Gospel. It wasn't very busy so most of the "Ladies" gathered up to listen and share about their lives.

After a few minutes, some of the "Ladies" excused themselves, went to their rooms and got their bibles. They brought them out and wanted to talk about the scriptures. The team took advantage of the situation and had an informal bible study right then.

I was surprised to find Zurich's Red Light District wasn't as "seedy" as expected. With the exception of a couple of obvious places, it looked like any main street with a mixture of shops, businesses and restaurants.

Later, the men I was with came up to an older, nicely dressed couple that were walking on the main street. We gave them a gift and a track. When they realized we were doing street ministry, they told us they were Christians and gave us an offering for the church.

Then There Was Daniel
We ministered to a homeless man named Daniel. He was seated on some cold marble steps at the entrance of a closed business. As he smoked a cigarette, he had his arms and legs tucked in close to keep himself as warm as possible. He looked about 70 years old but that was the result of living on the streets for so many years. He told us his story. It was like many others. We gave him some candy, some fruit, an invitation to come to the church and shared God's love the best we could.

Around 11:00 p.m. we gathered back at the inter-city church, where we shared our experiences. The church provided us with snacks and warm drinks before the Christmas Eve Service began. It was neat to see a few of the people that we had invited earlier show up at the service. 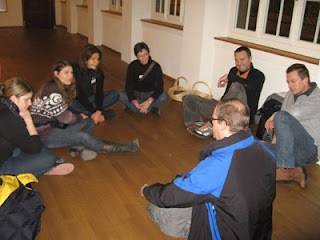 Open Microphone
At one point the church's pastor opened the platform to anyone who wanted to share. Two people came up and touched everyone's heart with their comments.

One person was a Jamaican guy that really started to preach an incredible message. If or when this guy gets saved, he is clearly going to be an evangelist.

A young woman who seemed to be a "Lady" came up and shared how much she was appreciated that strangers would come out on Christmas Eve to pass out gifts and encouraging words.

Rich or Poor -- Need Jesus
As an American, it seemed strange to think of Switzerland, one of the richest, per capita, countries in the world, would have homeless and the working poor but it does. "The System" can fail them too. But Jesus doesn't fail them. They need Jesus just like everyone else.

Our Heavenly Father loves all mankind but He needs us to express His love. Try it sometime. You'll be blessed.

Posted by Lawrence Blakeslee at 13:53 0 comments

How & What Are You Thinking?

A few weeks ago I received an email from a friend, Tim Redmond of Tim Redmond Leadership. His article in the email seemed so appropriate for the times we live in, that I asked him if I could reprint it.

Growing When Everything is Shrinking

"Grow? I'm just trying to survive - haven't you heard all the 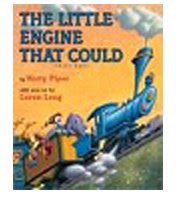 My friend was reacting to a point I was making. Without realizing it, he had been inoculated... really, hypnotized by all the facts and feelings flooding his mind.

Sure facts are facts. You may be dealing with really challenging, if not impossible - looking situationa.

A challenge has a voice. So do all the bills yet to be paid... especially the bills to the banker. It can be a bit overwhelming when these negative voices are yelling at you.

This is where "taking dominion" begins. I'm not asking you to ignore what you're facing. But HOW are you facing these "facts"?

We also have a voice on the inside of us. It's the voice of what we think is most true. What is your internal voice saying? Is it conforming to the challenges around you?

There's only tow ways that we face anything. Our "voice" is eitehr saying it's possible or impossible, I can or can't, I'm empowered or disempowered to overcome. You are bigger than these challenges and you'll certainly outlast them!

I want to wake up the right voice in you now. The one that agrees with the Holy Spirit and what He is saying to you and about you. The one that says, "all things are possible to him who belives!" and "there are amazing opportunities that I am learning to take advantage of right now."

Agree with and vocalize who you really are.

What absolutely invaluable lesson is being presented to you right now? Be patient with this time so you don't overlook the lesson you are to learn. Remember wealth creation has more to do with what you learn and the relationships you nurture than your current product or service.

Your creator has created you to create - this is at the heart of your purpose.

To bust out of a paralyzing hypnosis, deliberately line your purpose - create something rather than react. Don't allow negative generalizations (e.g. the sky is fallling!) blind you to market gaps and pockets of possibility desperately needing your creative touch.

It is a season of thanksgiving. With an attitude of gratitude, look for opportunities to give and create - you'll be amazed how it releases your creative thinking... and you'll find yourself growing rather than shrinking.

Guard against the outside voices that would pollute your inside voice of possibility. As Solomon was wisely instructed by his father and king, "guard your heart with all of your focus and energy - for from your heart, you determine the borders of your possibilities" (Proverbs 4:23 Tim's Expanded Translation).

I hope that you are blessed,
Rev. Lawrence Blakeslee
Missionary to Europe.

Posted by Lawrence Blakeslee at 15:20 0 comments